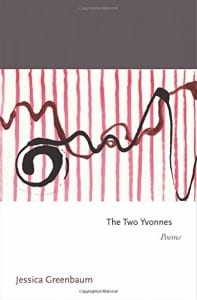 Jessica Greenbaum is the author of The Two Yvonnes and Inventing Difficulty, winner of the Gerald Cable Prize. As a social worker she initiated poetry workshops for 9/11 first responders. Her work has been published in the New Yorker, Poetry and other journals, and she is Poetry Editor for upstreet. She received an NEA fellowship for 2015.

“Most of a life takes place between the covers of this second book from Greenbaum. [Her] great intelligence, skill with abstraction, humor, and talent for endings raise her poems far above the mundane.” – Publisher’s Weekly 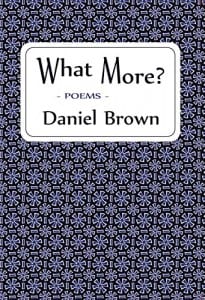 Daniel Brown is the author of What More? and Taking the Occasion, winner of the New Criterion Poetry Prize. His poems have appeared in Poetry, Partisan Review, The New Criterion and other journals. His work has also been anthologized in such volumes as Poetry 180 and Fathers.

“This poet, while less copious than many of his generation, gets much further because he can keep thinking while he laughs, and vice versa. I recommend What More? with a whole heart as one of the few modern books of poetry that has twice as much in it every time you read it, instead of half.”  – Clive James, author, critic, poet, broadcaster