KPS-admin Posted on October 13, 2015 Posted in Past Events 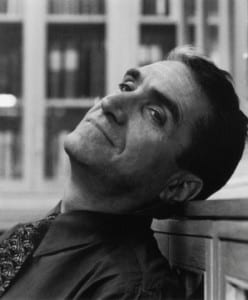 His Selected Poems (Farrar, Straus, & Giroux) was published in 2011. His previous books of poetry include Gulf Music (2008), Jersey Rain (2000), The Want Bone (1990) and The Figured Wheel: New and Collected Poems 1966-1996. His best-selling translation The Inferno of Dante (1994) was a Book-of-the-Month-Club Editor’s Choice, and received both the Los Angeles Times Book Prize and the Harold Morton Landon Translation Award. His prose books include The Life of David (2005), The Situation of Poetry (1976) and The Sounds of Poetry (1998).

Among his awards and honors are the William Carlos Williams Prize, the Harold Washington Award from the City of Chicago, the Italian Premio Capri, the PEN-Volcker Award and the Korean Manhae Prize. He recently received a Lifetime Achievement Award from the PEN American Center.

Robert Pinsky earned his graduate degree at Stanford University, where he held a Stegner Fellowship.

“Simply said, Robert Pinsky is one of the few literary artists working in our language whose work is unquestionably major work.” ―Louise Glück

“Pinsky has rightly accumulated praise for his ambitious attempts to speak for America, traditional craft (iambic pentameters, couplet rhymes), and careful use of his own life. Pinsky’s mentally ill mother, his extended family, and their urban Jewish roots inform many poems, though he ends up not so much confessional as representative, devoted to an American melting pot.” ―Publisher’s Weekly

“[Pinksy’s] poems are striking in their desire to open wide … and contain everything, to refuse absolutely to reject anything … Pinsky’s poems rarely lend themselves to easy and decisive interpretation. (For this reason they tend to grow rather than wither with rereading.) One might say of his work, as one would say of jazz, that the point is less to interpret or understand it than to enjoy the sound and energy and mad improvisation … Sadness and happiness, beauty and ugliness, peace and violence–each has its place in Pinsky’s capacious poetry, for its universe is the one in which we all live.” ―The Washington Post