Please note: This in-person reading at the Katonah Village Library does not require registration. Admission fee ($15) can be paid at the door.

“Now Do You Know Where You Are is a book about many things—Donald Trump, climate grief, the Covid pandemic, the death of a cat—but it’s also the diary of a poet’s painful passage from not writing to writing again. Levin freely shares the self-doubts, false starts and dead ends of her return to poetry in this unguarded literary experiment. If this sounds emotionally risky and artistically gutsy, it is.” — New York Times Editor’s Choice

“Reading a Dana Levin poem is a bit like spelunking into a cave of golden light in which there is a reverse disco ball that turns in synch to the beat of your heart.”— Kenyon Review

Dana Levin’s most recent book of poetry is Now Do You Know Where You Are (Copper Canyon, 2022), a New York Times Editor’s Choice. Publisher’s Weekly, in a starred review, praised the book as “luminous.” Her other books include Banana Palace (Copper Canyon Press, 2016), Sky Burial (Copper Canyon, 2011), which the New Yorker called “utterly her own and utterly riveting.” and Wedding Day (Copper Canyon, 2005). Her first book, In the Surgical Theatre, was chosen by Louise Glück for the 1999 American Poetry Review/Honickman First Book Prize and went on to receive numerous honors, including the 2003 PEN/Osterweil Award.

Levin’s poetry and essays have appeared in many anthologies and magazines, including Best American Poetry 2015, The New York Times, Los Angeles Review of Books, Boston Review, The American Poetry Review, Poetry, and The Paris Review. Her fellowships and awards include those from the National Endowment for the Arts, PEN, the Witter Bynner Foundation and the Library of Congress, as well as the Rona Jaffe, Whiting and Guggenheim Foundations. 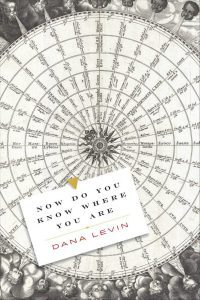 A teacher of poetry for over twenty years, Levin has served as the Russo Endowed Chair in Creative Writing at the University of New Mexico (2009–2011), as well as Faculty and Chair of the Creative Writing and Literature Department at College of Santa Fe (1998–2009) and Santa Fe University of Art and Design (2011–2015). She currently serves as Distinguished Writer in Residence at Maryville University in St. Louis.