What’s better than one stellar poet reading their work live?
Two poets reading followed by a panel discussion about poetry lead by another master poet.

Join us Nov. 20 for a double-header reading by Peter Filkins and Kevin Pilkington followed by a discussion moderated by Sophie Cabot Black.

Besides his new volume, Water / Music, Peter Filkins is the author of four books of poems, What She Knew (1998), After Homer (2002), Augustine’s Vision (2010), and The View We’re Granted (2012), co-winner of the Sheila Motton Best Book Award from the New England Poetry Club. The recipient of a Berlin Prize Fellowship from The American Academy in Berlin, he is also the translator of Ingeborg Bachmann’s collected poems, Darkness Spoken (2006), as well as her novels, The Book of Franza and Requiem for Fanny Goldmann (1999). In addition, he has translated H.G. Adler’s novels The Journey (2008), Panorama (2011), and The Wall (2014), and in 2019 published his biography, H.G. Adler: A Life in Many Worlds. He has been awarded the Stover Prize in Poetry from Southwest Review, the New American Press Chapbook Award, as well as fellowships from the Massachusetts Cultural Council, Yaddo, MacDowell, the Millay Colony for the Arts, and the Deutsches Literaturarchiv – Marbach. Previously he was the recipient of a Fulbright grant to Austria, an Outstanding Translation Award from the American Literary Translators Association, a Distinguished Translation Award from the Austrian government, a DAAD Faculty Research Fellowship, a fellowship at the Leon Levy Center for Biography at the CUNY Graduate Center, and two National Endowment for the Humanities fellowships. In spring of 2012, he was writer-in-residence at the James Merrill House. His work has appeared in numerous publications, including The New York Times Book Review, Poetry, Partisan Review, The New Republic, The American Scholar, and the Los Angeles Times Book Review. He teaches writing and literature at Bard College at Simon’s Rock, and translation at Bard’s main campus in Annandale, NY. 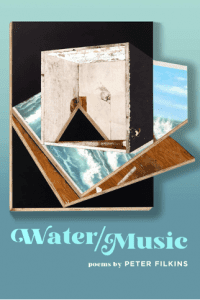 “Peter Filkins manages to use form to lure the colloquial toward song, as well as to invest moments of song with an awareness of the perils and possibilities of our everyday world. It’s a tension that is revelatory, and one that claims, at the end, the power of poetry to survive, and to help us.” —Lawrence Raab

“Peter Filkins’ poems, like the speed skaters he describes in his ars poetica of that title, grip the ice of real worlds, some contemporary and intimate (a sister’s death), some historical and imagined in loving and concrete precision in the poems conjuring Wilfred Owen and John Constable.  He’s a poet of waterfalls, as entranced by flow as by enduring pattern; and a poet, too, of the boulder in the stream, “the mute immediate lug of it.” His subtle art touches the pulse of both sorrow and praise. —Rosanna Warren 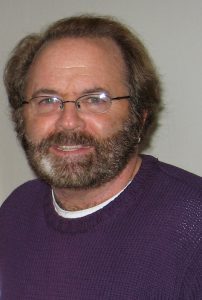 Kevin Pilkington is a member of the writing faculty at Sarah Lawrence College.  He is the author of nine collections: Spare Change was the La Jolla Poets Press National Book Award winner; Getting By won the Ledge chapbook award; In the Eyes of a Dog received the New York Book Festival Award; The Unemployed Man Who Became a Tree was a Milt Kessler Poetry Book Award finalist.  His poetry has appeared in many anthologies including: Birthday Poems: A Celebration, Western Wind, and Contemporary Poetry of New England.  Over the years, he has been nominated for four Pushcarts.  His poems have appeared in numerous magazines including: The Harvard Review, Poetry, Ploughshares, Iowa Review, Boston Review, Yankee, Hayden’s Ferry, Columbia, North American Review, etc.  He has taught and lectured at numerous colleges and universities including The New School, Manhattanville College, MIT, University of Michigan, Susquehanna University, Georgia Tech.  His debut novel Summer Shares was published in 2012 and a paperback edition was reissued in summer 2014. His collection Where You Want To Be: New and Selected Poems was a 2017 IPPY Award Winner. His newest collection, Playing Poker With Tennessee Williams was published in spring 2021 and his second novel, Taking On Secrets is slated for publication in 2022. 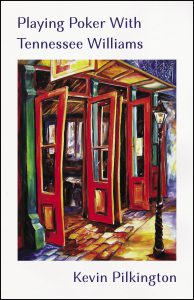 “There is a comfortable, highly intelligent oddness on these pages, page after page of conciousness-changing images and moments of such vulnerability that you’ll forget you’re reading and find you want to reach out and comfort the speaker. Buy this book – it will repay you with so many marvelings you will go right back to the first page when you finish the last. This is a brilliant work.”—Renee Ashley

“It’s thrilling to watch a poet create a world – fascinating when it turns out to be the world we live in. Pilkington’s spare, subversive voice can conjure love from a donut, despair. Reading this beautiful and quietly visceral book, it’s easy to forget each of us lives only once and dies alone.” —Dennis Nurske