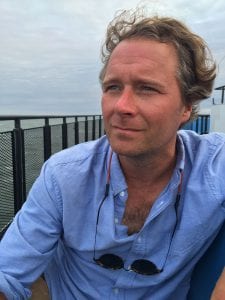 “Beautifully realized individual poems…An ambition to write larger than any one self stirs the book to life.” —Kay Ryan

“Dan Chiasson has the easy charm of a natural New England oracle in a tradition encompassing Emily Dickinson and William James, Robert Frost and Robert Lowell.” —Christopher Lydon, The Huffington Post
“Like Emerson’s ‘transparent eyeball’ or that of Pliny, Dan Chiasson’s gaze is curious, friendly and unassumingly all-encompassing.”—John Ashbery 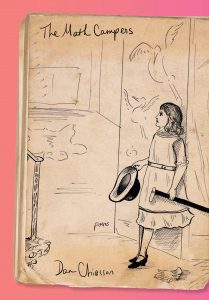 Dan Chiasson was born in Burlington, Vermont, on May 9, 1971. He received his BA at Amherst College in Amherst, Massachusetts, where he double majored in English and classics. He received his PhD in postwar American poetry at Harvard University.

In her New York Times review of Bicentennial, Daisy Fried writes, “[Chiasson’s] poems are often beautiful, odd and quite moving. He seldom resorts to lilting cadences or glow-in-the-dark imagery to achieve this, and complicates any move toward traditional lyric warmth; his poetry is genially brainy, jokey, casually formal, sometimes essayistic and humorously oracular.”

A widely published literary critic, Chiasson was the poetry editor of The Paris Review and is a regular contributor to The New Yorker and The New York Review of Books. In 2007, he published his critical work One Kind of Everything (University of Chicago Press).

He is the recipient of a Whiting Writers Award and teaches at Wellesley College. He lives in Sherborn, Massachusetts.