KPS-admin Posted on December 25, 2016 Posted in Past Events 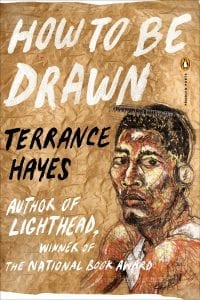 “Simultaneously complex and transparent, urgent and composed, How to Be Drawn is a mesmerizing achievement.”

“First you’ll marvel at his skill, his near-perfect pitch, his disarming humor, his brilliant turns of phrase. Then you’ll notice the grace, the tenderness, the unblinking truth-telling just beneath his lines, the open and generous way he takes in our world.” –Cornelius Eady

Katonah Poetry Series looks forward to welcoming Terrance Hayes, recipient of fellowships from the MacArthur Foundation, the Guggenheim Foundation and the National Endowment for the Arts. He is the author of five collections including How To Be Drawn (Penguin, 2015), a 2015 National Book Award finalist; Lighthead (Penguin, 2010), which won the National Book Award; Wind in a Box (Penguin, 2006); Hip Logic (Penguin, 2002); and Muscular Music (Tia Chucha Press, 1999), which won the Whiting Writers Award and the Kate Tufts Discovery Award. Hayes served as guest editor of The Best American Poetry of 2014 and he has won two Pushcart Prizes. This year he was elected a Chancellor of the Academy of American Poets and also became the poetry editor of the New York Times Magazine.

Hayes poems are stylistically and formally eclectic and inventive, and are deeply informed by Hayes’ background in art and music. His subjects frequently touch on identity, race, and gender. Elizabeth Alexander says of him, “not only does he make utterly original and inventive poems, but he also inspires other poets — like myself — to feel similarly liberated in our own art-making.”